x64 Replacement/Alternative to Microsoft's IntelliMouse application.
Forum rules
Please read the forum rules before posting for the first time.
The more information you can provide, the quicker and more accurately someone can help.
NOTE: To reduce spam, new users can not post links or images until they have at least 4 posts.
Locked
157 posts

Kukurkus,
Consequently your "screen" profile you sent me originally should NEVER ever match/activate/highlight it will always fall through to the basic photoshop profile. But I'm glad its back to how it "worked" before (or didn't work before

I use regular expression very often, not in XMBC context though, that's something I'm familair with, but yes here I missed it. Honestly I tested expected behaviour without filled checboxes, then with one of them or the second, and what was surprising me only when I filled both of them everything worked the right way. I believe you are right, but maybe there is some bug still that earlier described behaviour works only when I marked both checkboxes in Specific Window? (anyway I tried it only in some version priror to Beta 17). 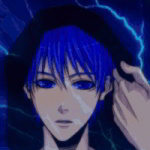 Glad the Photoshop issue is resolve. Scrollbar is fixed also.

Unfortunately my 2nd layer scrolling left/right doesn't work in other profiles. Other thing is that while 2nd layer is active it's not only doesn't respect buttons from 1st layer, but also swaps 4th and 5th button or rather doesn't respect the swapping from settings.
Top

Unfortunately my 2nd layer scrolling left/right doesn't work in other profiles. Other thing is that while 2nd layer is active it's not only doesn't respect buttons from 1st layer, but also swaps 4th and 5th button or rather doesn't respect the swapping from settings.

Right, just to be clear... Is this a new problem - if not which beta did it get introduced 2.18 Beta 15 or another?
I haven't, as far as I am aware, made any changes to layers! When you say other profiles,what do you mean? Which other profiles?
I have your config so I can try and reproduce it but give me something to go on - because guessing is clearly not working (see beta 16)!

Just tried with your profile and
1. in browser it correct goes back and forward (as expected) and the buttons are still swapped (when shift is held for layer 2). The log also confirms the buttons are swapped...
2. When holding shift over another window (notepad++) and scrolling, it scrolls left and right (ie. from the default profile's layer 2) - so that appears to be working fine. I then added a profile for notepad++ and set layer 2's scroll up/down to "same as default profile" and that worked too (as in it still scrolled left and right which is what layer 2 on the default profile says).
--[ Phil ]--
--[ Administrator & XMBC Author ]--
Logitech G9, Logitech MX518, Microsoft Intellimouse, Trust 16341 BT Mouse
Windows 10 x64, AMD Ryzen 5900x, MSI x570 Tomahawk, 32GB DDR4,
nVidia RTX 2070s, Evo 970 500Gb NVME, 2x2TB WD Black (RAID1)

@Phil
I know it works with "same as default profile", but I'm talking that it should without. It did before when I was setting the second layer it worked in other profiles as well.
As for swapping it works in File explorer when 4th and 5th button do next/previous actions and it's swapped while holding Shift. I don't know if that is a new problem, cuz I never checked it before I guess, at least I didn't noticed swapping. I'm just reporting them in a package.
I guess it's not a big deal right now, while I can use those options to get actions from default profile or 1st layer, so you can look up to this in next release.
Nevertheless swapping is disturbing, so I guess you could check it out now.
And 2nd nevertheless assigning everywhere to get action from default profile or 1st layer is annoying, so I hope you'll change that eventually.
Top

Itis working in other profiles for me right now..
As I said...

I then added a profile for notepad++ and set layer 2's scroll up/down to "same as default profile" and that worked too (as in it still scrolled left and right which is what layer 2 on the default profile says).

So it worked for default AND a specific profile that was configured "same as default profile".

Profile options -> Enhance pointer precision
Checking this box for the first time doesn't activate Apply button.
And don't forget to add it to the User Guide. (I'd prefer to also have an explanation of what it actually does, but that might be out of scope.)
Logitech Trackman Marble, Logitech M570
"Movement to scroll" improvements
Combine "Change movement to scroll" with layers
Top

OK thanks for that - missed the apply option I guess.
As to what it does - I don't really know. Its a windows settings and I presume it has something to do with cursor acceleration.
I guess the answer to that is to look it up in the windows manual (and maybe copy it to the XMBC manual

If you have check for beta versions enabled, you should get notified of a new version and prompted to update in the next day or so. This is the most efficient method (bandwidth wise) as the updates are only a fraction of the size of the full install. Otherwise, you can get the full installation beta HERE. Note that this link will always get you the latest beta version!

Any problems, PM me a copy of the debug log file (or post a snippet in a code block here).

Hello everyone, I hope you all had a good Christmas (or holiday if that's not your thing!)

I am just about to build and release 2.18 but I thought this time I'd try a little something new and present the 2.18 build HERE first for you early testers to try it before I make it live to all (probably tomorrow or Saturday (29th)).

That way I can hopefully avoid an embarrassing mistake. I took the decision to build 2.18 and not call it 2.18 beta 19 as those mistakes usually creep in when I change something, so unless such a mistake HAS happened, these files will become the final release files (no changes at all) published for all.

NOTE: There have been NO code changes since 2.18 Beta 18. Only version numbers and a few updated language templates!

As such, there WILL NOT be an update notification for this as it is not beta 19 and I don't want to make 2.18 update available to all until one or two of you have confirmed it is all good (so please confirm here!). Also note that the post-install web page will still say it is a BETA/TEST install because 2.18 does not exist in the database version tables yet (this is also as intended).

If this idea works, I may do this each time. If not, I'll put it down to experience!

EDIT: The normal beta download link should get you the pre-release 2.18 installation (which will become the 2.18 release)
Anyone who has provided translations for 2.18 beta's please check that the correct files are included.

OK as Ive had no obvious takers, I'm going to push this out using the update notifications as 2.18 beta 19 (or 2.18 Pre-Release)...
So it will say there is a new beta available but will actually install 2.18 release!

That way people may actually see it and get a chance to try it before I push it to everyone later today (or perhaps more likely tomorrow now!).

So you can use the normal beta download link/update now!

So it's like staged rollout.
You can keep it up this way, maybe with some polish on the workflow (publish information about all versions, add info about stages any version belongs to - stage flags or even percentage of users that will get notification).

Well I guess.. not really staged, but just if you have beta updates enabled, you will get notified about a new beta (event though its not a beta - not exactly clean and tidy but the best I can do without changing the software and version notification system (which would defeat the purpose right now!) before everyone else which gives me a chance to spot anything silly. Of course, the code hasn't changed since 2.18 beta 18 so chances are there wont be any new problems found until proper release when everyone (who is not in the beta group) get it and start finding issues that have been missed here (hopefully not but there is usually something).

Going forward, I want to release less betas and more actual releases, with fewer but more targeted features and important bug fixes (as I have mentioned previously). I'm still not sure where I'm heading regarding fully open sourcing XMBC will continue to think about that!

"Staged rollout" seems to be an established term. I would rather call it "gradual rollout".
It can also be done mostly on the server side. If software adds the current version info to the updates request, then the server can decide what info to report back.
As the first idea of implementation of gradual rollout in this way, I'd do something like this:

But it won't be so easy in case you only have static content on the server, of course.
Logitech Trackman Marble, Logitech M570
"Movement to scroll" improvements
Combine "Change movement to scroll" with layers
Top

Well at the moment, the versioning is all handled by tiny DNS TXT records which are distributed and cached out on t'internet. So my server doesn't do anything except serve the files for download. That works well because it reduces the load on my server (a lot) as originally it was done via HTTP requests and it sucked up all my bandwidth quite quickly!

But it wont work for staged or gradual. It might still work as a first step check before then hitting an HTTP request (and bandwidth is less of an issue 15 years on

Something else to ponder